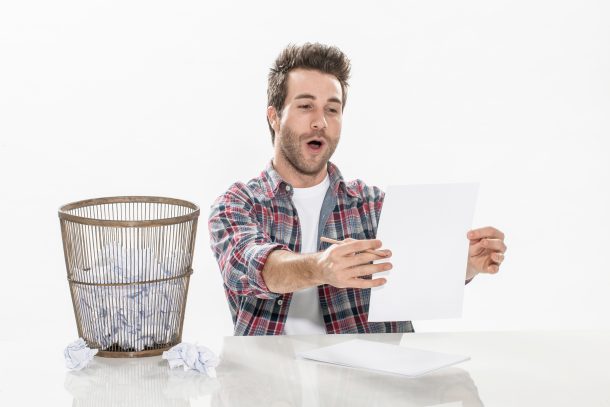 It feels great admitting it, doesn’t it?

Some days, you consider yourself a good writer.

You’re passionate about words, about their power & potential.

And you still get a kick out of starting a new writing project.

On particularly good days, you lose yourself in your work: researching, drafting, revising, and editing. Sometimes you wonder if you’ll ever have enough time to say everything you want to say.

And you’re careful to choose the most important details and images for your work, relishing every opportunity to spread your messages in original, compelling ways. Over time, however, like any good writer playing to your strengths, you’re bound to develop habits, and these habits can become blind spots:

Over time, however, like any good writer playing to your strengths, you’re bound to develop habits, and these habits can become blind spots... Click To Tweet

When the writing flows, you take the ride because it’s pure magic. But you’re starting to doubt the process, aren’t you?

You know you need an edge, a way to lift your writing above the average conversational level. At times like this, you also know that it comes down to revisiting the basics:

Read on to discover seven types of words and phrases to eliminate from your writing. 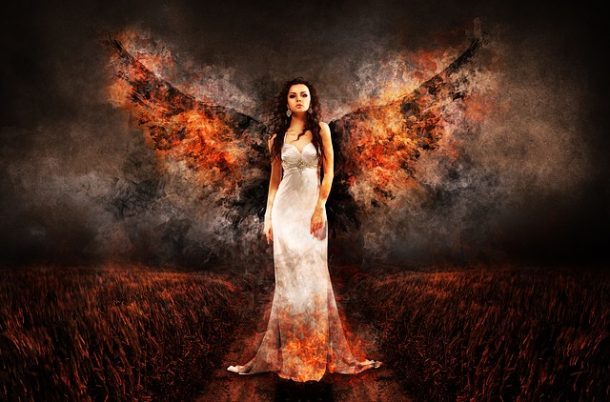 Take a look at these others:

Intensifiers clutter up your writing without adding tangible value, and they’re impossible to quantify.

Can you tell the difference between a miserable day and a very bad day?

Intensifiers are fun to use in conversation, but they don’t help your writing. 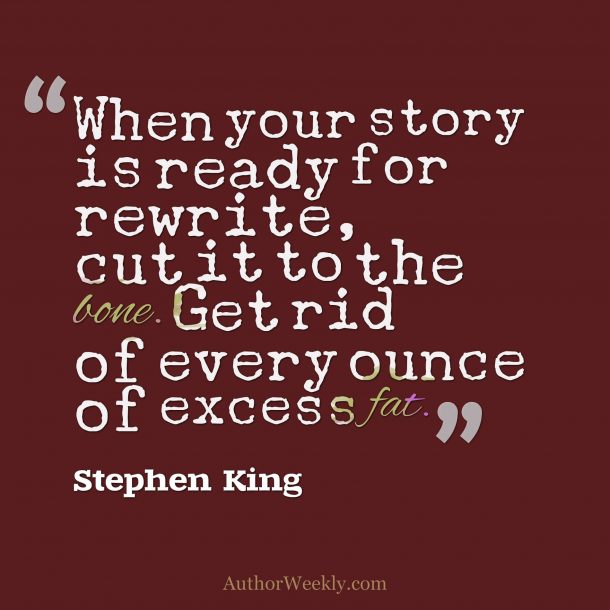 If you know which of these words you tend to overuse, search for them in your writing, and replace them with stronger, more precise adjectives.

Take your writing from “extremely good” to “brilliant.”

While we’re discussing intensifiers, let’s take a look at adverbs.

Naturally, exceptions exist, but adverbs rarely help your writing. They’re lazy and vague. While you’re looking over your writing, highlight any words ending in or “ly.” Replace them with stronger words.

Enhance phrases such as “he said quietly” by eliminating the adverb and replacing it with a stronger verb. Use “mumbled” or “whispered.” Replacing adverbs will force you to choose creative words, making your writing more visual and precise.

Author Blog Writing Prompt:
What do you most need to eliminate from your life? What action, thought pattern, habit, or thing keeps pulling you down, keeping you from your potential? What recurring presence no longer serves you–the best version of you? What difficult decision stands between you and success? Share with your readers.

Qualifiers are the opposite of intensifiers. Instead of heightening meaning, they lessen it.

Words like “probably,” “appears,” “seems,” “somewhat,” “may,” “might” and “could” limit your writing, betraying a lack confidence or conviction. 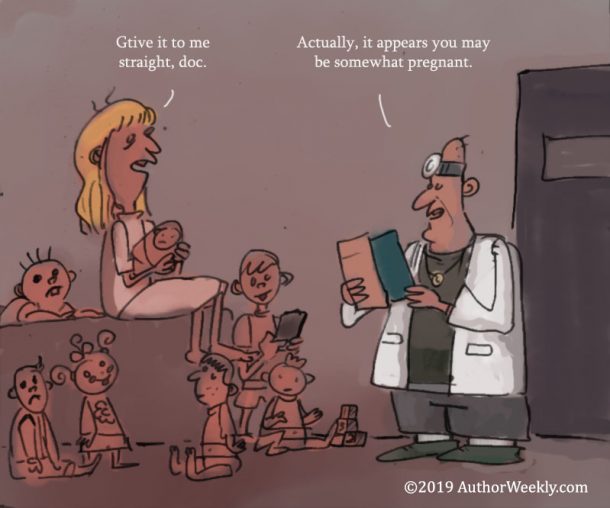 While qualifiers can be useful in journal articles or reports where they’re sharing unconfirmed ideas or hypotheses, you’d be wise to eliminate them, replacing them with definitive words.

Common phrases like “12 noon,” “true fact,” or “I saw it with my own eyes” are unnecessarily repetitive. Avoid sentences using multiple phrases to say the same thing.

For example, “The race exhausted her so much that she collapsed and fell to the ground,” is redundant. It can be shortened to the following:

“The race exhausted her, and she collapsed.”

“She collapsed after the race.”

To keep your reader’s attention, make sure every word is essential.

Clichés are old and overused sayings. Repeating them demonstrates a lack of creativity. Using them too often makes your writing look immature or cartoonish.

Avoid them, especially in formal writing.

If you find yourself using them often, try to remember the meaning behind the phrase. Revise accordingly.

Take a look at this example:

When it’s all said and done, at the end of the day, it’s best to think outside the box and avoid clichés like the plague.

Helping verbs lack specificity, and they don’t paint a picture in the reader’s mind as well as other, more colorful verbs.

For example, “Shelly is awkward,” is not as descriptive as “Shelly lacks self-awareness; she doesn’t pick up on social cues.”

After highlighting helping verbs and replacing them with active verbs, you’ll notice an immediate difference in the quality of your writing.

Active voice refers to the subject of a sentence performing an action. Here’s an example:

Passive voice refers to the subject being acted upon.

A new car was bought by Ted.

“He was shot in the head” removes the shooter from the sentence.

“The man shot him in the head,” provides clarity, recognizing both parties.

Replace passive voice with active voice by looking for forms of the verb “to be” and making sure the subject is performing the action.

How do we recognize passive voice?

Look for “by.” The car was bought by Ted. If the subject performing the action is missing, if you can ask yourself “by whom,” you’re likely dealing with passive voice.

The window was broken. By whom?

Hopefully, you noticed a pattern in this piece. We’re strengthening our writing by removing elements, not adding them. Unnecessary words weaken our writing. Every word must carry its weight, earning its position on the page.

What are some of your go to editing techniques? How do you strengthen your writing?

Tell us about it in the comments section below.