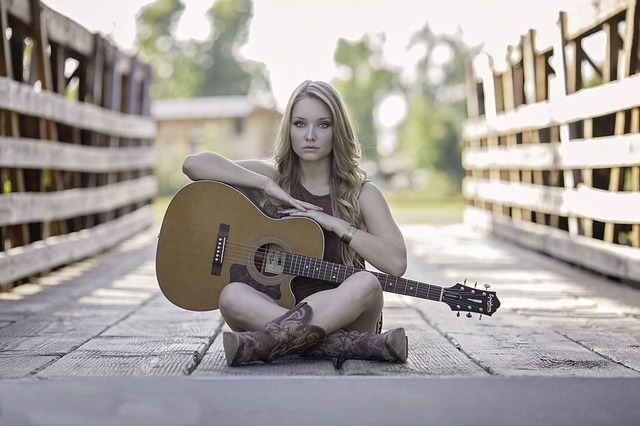 Most would agree with Henry Wadsworth Longfellow:

“Music is the universal language of mankind.”

Without giving it a moment of thought, music permeates your day.

It’s cuing the segments in your morning shows, booming from the ceiling in the convenience store, beating behind the cash register of the cafe that brews your morning coffee.

It’s broadcasting everywhere: in the car on your way to work, in the earbuds of the joggers in the park, through the sophisticated headphones teens wear on their walk to school.

The problem with this universal presence is that it stays in the background, providing little more than ambient noise. Without giving it our full attention, we miss the deeper opportunities available to us.

As a writer, you’ve likely experimented with music as a mood setter, as a productivity tool. Even scientists agree: listening to classical music benefits learning, memory, and creativity.

Writers of all genres acknowledged the creative and transformational powers of music:

Tolstoy said, “Music is the shorthand of emotion.”

Maya Angelou shared, “Music was my refuge. I could crawl into the space between the notes and curl my back to loneliness.” 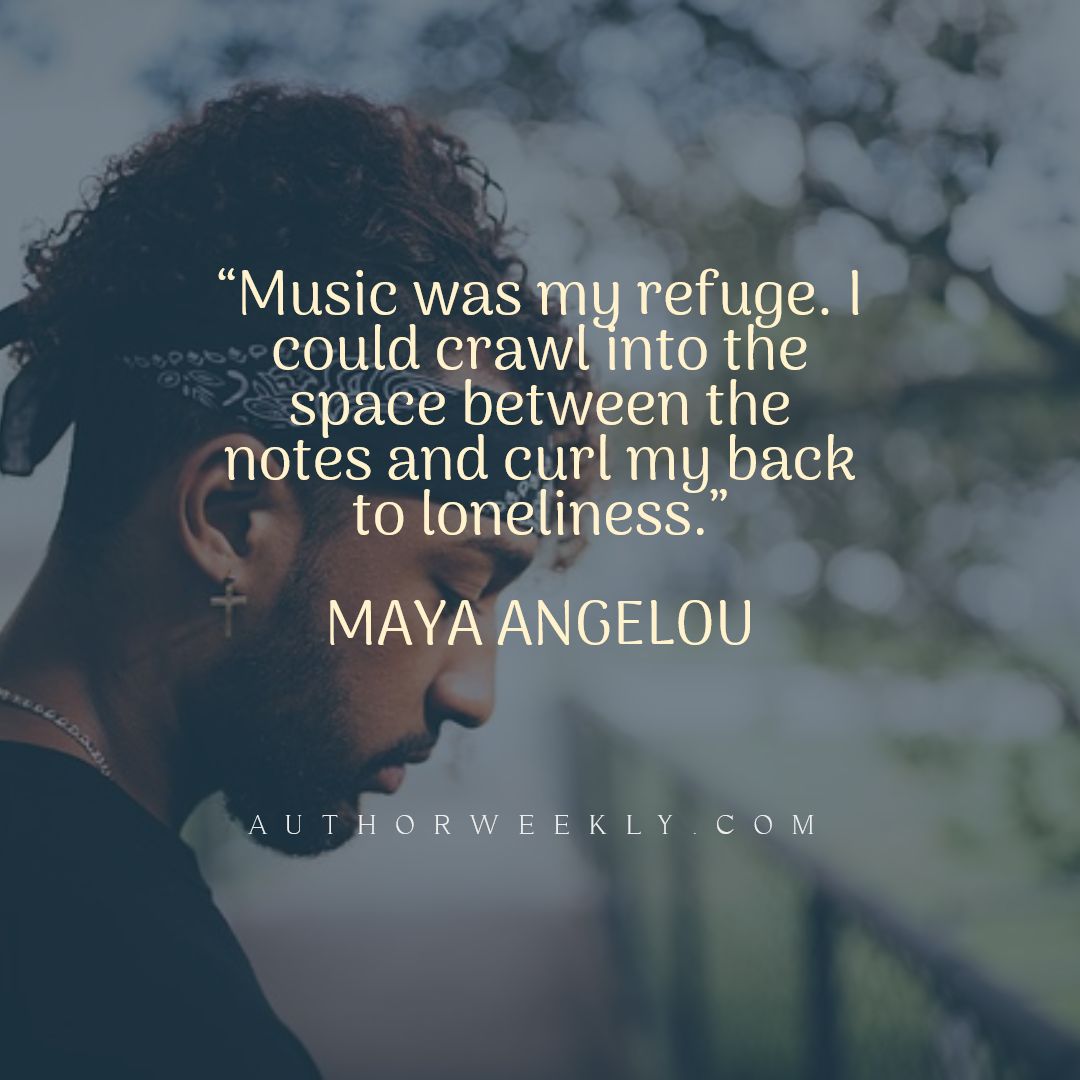 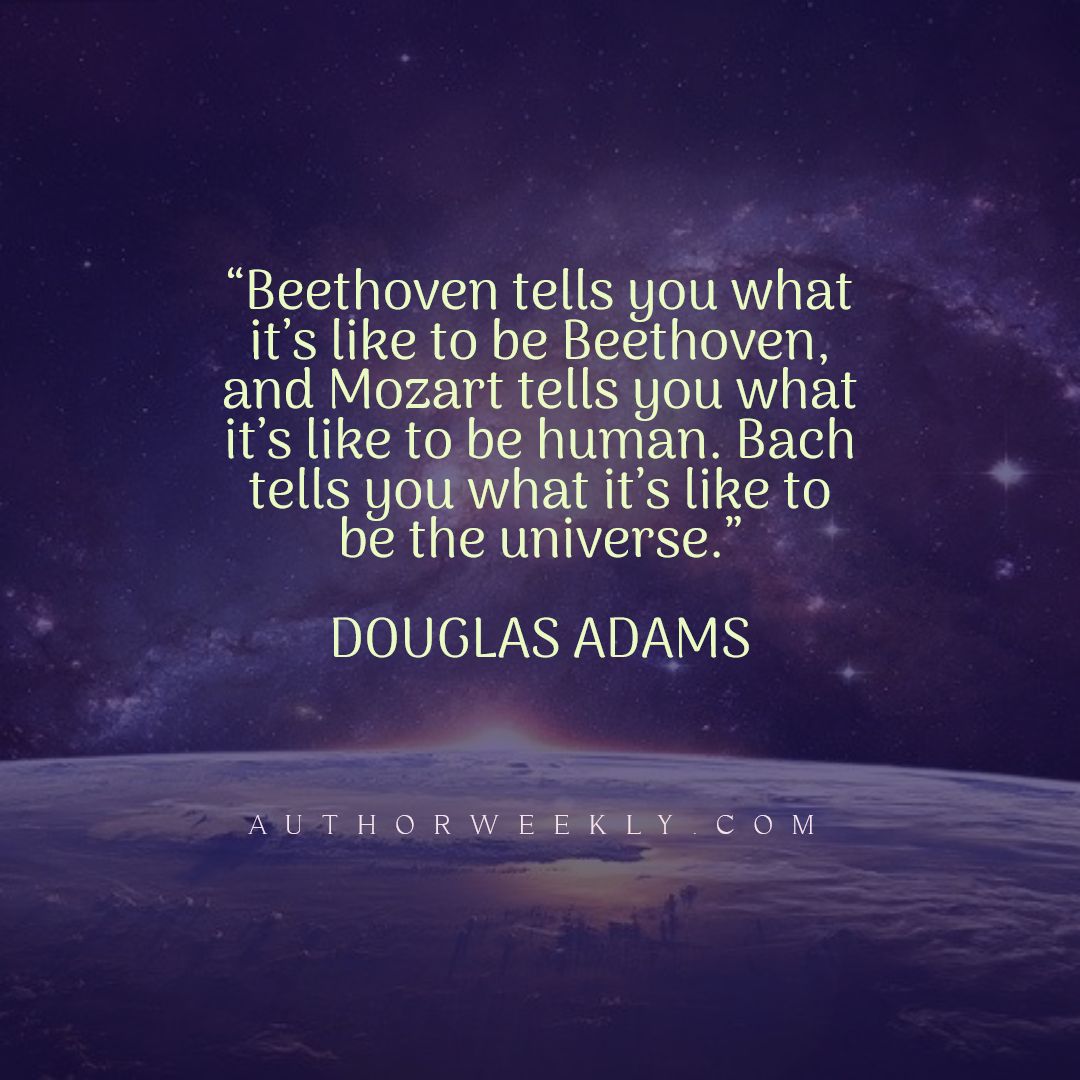 “Without music I should wish to die.”

This list of songs, chosen from a small pool of singer songwriters from the last sixty years, covers a wide range of themes, often presented in binary opposition: hope and despair, freedom and responsibility, innocence and experience, self-determination and victimhood, death and rebirth.

These songs celebrate the mundane, difficult realities of life, exposing the numerous falsehoods lurking behind the promise of the American Dream, behind the “work hard and prosper” mantras of previous generations.

The common denominator is compromise.

All of these characters, human and non-human, must bend, adapt, and endure hardship to survive. And while there’s much to explore on a literal level, the larger truths lie just below the surface.

Let’s take a look at nine classic songs, representing some of the best work of their genres.

Spend some quality time with the lyrics and arrangements. Allow the words, characters, scenes, and situations inspire your next big story or blog post.

“Let Him Fly” by Patty Griffin

Patty Griffin’s 1996 song “Let Him Fly” describes an epiphany, the precise moment one realizes a relationship has run its course, that it’s time to separate and move on.

Patty recorded this solo guitar and vocal version as a demo. Her record label decided to release it without further instrumentation on Living With Ghosts, her debut album. Recorded in her Boston apartment, you can hear a police siren in the background. The simple, stripped-down arrangement creates ample room to focus on the lyrics.

Fiction Writing Prompt:
Create an epiphany that brings your protagonist closer to his/her ultimate goal.
Author Blog Writing Prompt:
Describe a time when you had to let go of someone (or something) to improve your quality of life.

Bruce Springsteen’s 1977 song “Factory,” appearing on his critically acclaimed album Darkness on the Edge of Town, provides an introspective look at the American Dream and its inherent dualities: freedom and restriction, life and death, hope and despair.

The refrain conjures the repetition, monotony, and melancholy of a factory job. The most important line, “Factory takes his hearing, factory gives him life,” reveals the irony in the bargains we strike to earn a living.

Fiction Writing Prompt:
Create a scene in which your character is stuck, limited, unrealized. What myths has he/she bought into?
Author Blog Writing Prompt:
Consider the ways your blog reinforces or renounces the American Dream? What popular myths can you deconstruct for your readers?

Tracy Chapman’s 1988 hit “Fast Car” explores the promises and falsehoods of the American Dream. Told through the lens of a personal relationship, the narrator becomes increasingly disillusioned with each verse.

Although the song explores similar territory as “Factory,” “Fast Car” takes a different turn, celebrating hope in the chorus—if only in retrospect.

So, I remember we were driving, driving in your car
Speed so fast, I felt like I was drunk
City lights lay out before us
And your arm felt nice wrapped ’round my shoulder

Fiction Writing Prompt:
“Fast Car” captures the “can do” spirit of youth. Life comes down hard, however, forcing the narrator to face facts. Create a scene where your character reaps the consequences of wishful thinking.
Author Blog Writing Prompt:
Write about a time when you thought you had life figured out, a time that ultimately led to feeling disappointed or deceived by your choices.

In this mid-seventies classic by Jackson Browne, the narrator, faced with what he most desires, pauses to consider whether he’s up to the challenge.

The on-and-off-again love story rings true. How many of us, after putting ourselves back together after a painful breakup, harbor serious doubts about second chances—especially when our love interest has a history of leaving and returning?

The upbeat arrangement provides the perfect contrast to the dark, brooding lyrics. What would you do? In the end, Jackson’s narrator walks away:

Fiction Writing Prompt:
Develop a scene where your protagonist succumbs to weakness, going against his or her own best interests for short-term gain or temporary comfort.
Author Blog Writing Prompt:
Capture a time when you wanted something desperately—despite knowing it wasn’t good for you.  Share your story as well as the lessons learned in the process.

“I Am a Town” by Mary Chapin Carpenter

Mary Chapin Carpenter’s “I Am a Town,” takes the listener on a stunning visual tour through a typical small town in the Carolinas. The view from the windshield elevates the ordinary, forcing the listener to slow down and pay attention.

I remember looping this song several times after my first listen. The acoustic guitar, piano, and cello arrangement conjures the feel of summertime, of open windows and country roads. According to Carpenter, the song began as a poem, with the melody and music emerging later.

I’m a town in Carolina, I’m a detour on a ride
For a phone call and a soda, I’m a blur from the driver’s side
I’m the last gas for an hour if you’re going twenty-five
I am Texaco and tobacco, I am dust you leave behind

I am peaches in September, and corn from a roadside stall
I’m the language of the natives, I’m a cadence and a drawl
I’m the pines behind the graveyard, and the cool beneath their shade,

Where the boys have left their beer cans
I am weeds between the graves.

“I Am a Town” appeared on Come On Come On, Mary Chapin Carpenter’s fourth studio album, charting seven singles and selling over four million copies.

Fiction Writing Prompt:
Write about a small town (or big city) as experienced through the eyes of your protagonist. Capture details, allowing the place to stir or mirror the emotional state of the character.
Author Blog Writing Prompt:
Take your readers on a journey through an ordinary, yet important process. Celebrate the small pieces that, when combined, build something extraordinary.

“(Looking for) The Heart of Saturday Night” by Tom Waits

Remember when Saturday night mattered, when a single night could erase a week’s worth of drudgery and disappointment?  This Tom Waits classic recreates the excitement and anticipation of a Saturday night on the town:

You got paid on Friday, your pockets are jingling

Then you see the lights, and you get all tingling

Cause you’re cruising with a six

You’re looking for the heart of Saturday night

Then you comb your hair, you shave your face

Trying to wipe out every trace

Of all the other days in the week

After setting up this familiar scene, the narrator pauses to consider “the heart” of the experience—the combination of elements giving it life:

Tell me, is it the crack of the pool balls, neon buzzing?

Is it the barmaid that’s smiling from the corner of her eye?

Magic of the melancholy tear in your eye?

Fiction Writing Prompt:
Give your protagonist an evening off. Allow her to indulge in a wild night on the town. This side trip can reveal much, reinforcing or contrasting her worldview. This evening can hold special powers, too, facilitating a breakthrough or a setback.
Author Blog Writing Prompt:
Celebrate a “Saturday Night” with your readership. While keeping with your blog theme, suggest or share a worthy, engaging activity for a big night off. How can you blow off steam and bring your readers closer to their goals?

“Red Dirt Girl” is the title track from Emmylou’s 2001 album. The album won a Grammy Award in the Best Contemporary Folk Album category.

Covering vast territory, the song begins on a bright note, capturing the innocence and hopefulness of youth:

Me and my best friend Lillian
And her blue tick hound dog Gideon,
Sittin’ on the front porch cooling in the shade
Singin’ every song the radio played
Waitin’ for the Alabama sun to go down
Two red dirt girls in a red dirt town
Me and Lillian
Just across the line and a little southeast of Meridian.

Midstream, realizing her place in the world held limited prospects, the narrator holds out hope:

Finally, she “dug right in,” embracing compromise, but the loneliness and loss are too much for her.

Fiction Writing Prompt:
“Red Dirt Girl” encapsulates the innocence and optimism of youth. Instead of a flashback, have your protagonist describe a child, focusing on the many features and attributes he/she once embodied. Depending on the scene’s placement and context, the child’s actions/experience should reveal something essential about the character’s motivation.
Author Blog Writing Prompt:
Debunk a common myth in your industry, something beginners believe without evidence or ample experience.

Providing a snapshot of the late-sixties counterculture, this 1969 anthem from the Rolling Stones discusses drug use, addiction, and political unrest. These same issues resonate today in anti-violence demonstrations, climate change, and Black Lives Matter protests.

While conceding to the often naïve idealism of the decade, the song doesn’t let the listener down, offering hope for the disillusioned:

The song has been featured in countless films.

Fiction Writing Prompt:
Write a scene in which your protagonist relinquishes something she wants in order to meet her current needs. This could be a momentary concession or an alteration of the ultimate goal. In this moment, your character strips away the nonessential, distracting elements, exposing what’s most meaningful.
Author Blog Writing Prompt:
Write about a frustrating, universal problem within your genre—something no one has been able to solve. Offer a compromise, an imperfect, but viable strategy for achieving the next best thing.

When Patty Larkin sat down to write “Booth of Glass,” she couldn’t have imagined the cultural and technological changes on the horizon. Nevertheless, the song illustrates the frustration felt when someone longs to connect and walks away unsatisfied.

Listening to it today, one would be hard pressed to find a working phone booth. Still, the feeling is universal. One can’t help appreciate the profound effects of technology on our lives. Today, it’s the call that goes straight to voicemail, the unanswered text burning a hole in the back pocket.

After sharing this intimate space with the reader, Patty cuts straight to the heart of the matter:

Fiction Writing Prompt:
Write a scene containing a phone conversation, an email, or a series of text messages. Use the scene to reveal something explosive: an affair, a life-altering lie, a dangerous subplot.
Author Blog Writing Prompt:
As a blogger, you rely on technology every day. Write about the apps, plugins, or technological tools you can’t live without.