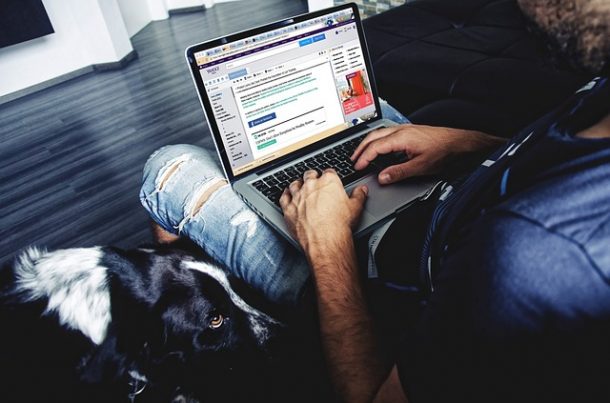 If you’re ready for editing, you’re in a good place.

It means you’ve written and revised your draft. You’ve removed redundancies, trimmed the tangents, and filled up the plot holes.

You’ve said what set out to say.

There’s much to celebrate!

However, you know you’re not finished until you’ve completed that final edit.

And you’re reasonably certain this will involve significantly more than running spell check in your word processor. 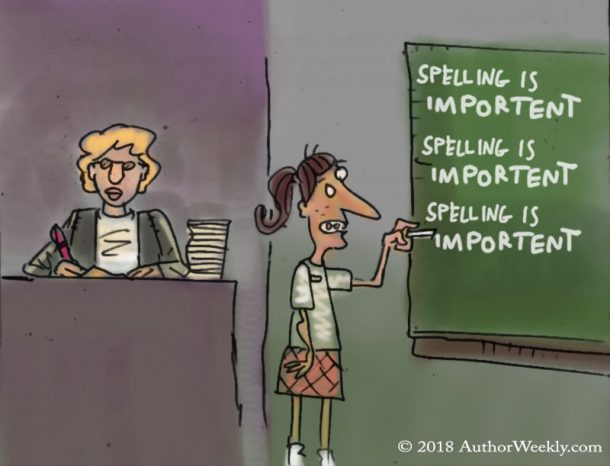 You know your writing needs another pass, some sentence-level scrutiny before sending it out to the world.

You won’t have to start from scratch, battling with hundreds of grammar and punctuation rules because writers are predictable.

They tend to make the same mistakes, and you’ll find most of your mistakes following a similar pattern.

Who says you can’t self-edit?

Run-on or fused sentences occur when you connect two or more independent clauses without proper punctuation. Although common, they can make you look like an amateur. In some cases, they muddy communication, causing the reader unnecessary confusion.

Run on or fused sentence: The phone rang I jumped to answer it.

We have two independent clauses here:

We can fix this sentence with a period, or we could add a comma and a coordinating conjunction (for, and, nor, but, or, yet, so).

Period: The phone rang. I jumped to answer it.

Comma and coordinating conjunction: The phone rang, and I jumped to answer it.

A comma splice occurs when you join independent clauses with a comma:

The phone rang, I jumped to answer it.

We use the same methods to correct a comma splice.

Brush up on Comma Usage

Commas challenge writers at many levels. Contrary to popular belief, they’re rarely optional, a matter of personal taste, or designed to indicate a pause.

Commas challenge writers at many levels. Contrary to popular belief, they’re rarely optional, a matter of personal taste, or designed to indicate a pause. Click To Tweet While some overuse them, others avoid them entirely. You can spot someone with comma issues by their overuse of dashes.

Seriously–if they don’t know how to use commas–they’ll use dashes.

Let’s take a look at some universal comma errors.

The Oxford comma (or serial comma) is the extra comma that comes between the second-to-last word in a series or list of items. It comes before the last “and.”

In this example, the Oxford comma comes after the word “onions.”

I ordered a pizza with mushrooms, onions, and peppers for lunch.

Although it’s optional, it often provides clarity in your writing. Check out the sentences below:

Carol went to dinner with her boyfriend, a French pastry chef and a dreadfully-obese man.

Carol went to dinner with her boyfriend, a French pastry chef, and a dreadfully-obese man.

In the first sentence, Carol’s boyfriend is an overweight French chef. In the second, she has three dinner companions. Make sure your punctuation reflects the story you’re trying to tell.

How about some thoughts from the Comma Queen:

Semicolons are a great way to join two independent clauses that are related to one another.

I bought new sweaters for the whole crew today. I found a clearance sale on winter clothes.

Connecting these sentences with a semicolon instead of separating them with a period shows there is a relationship between the two, “I bought sweaters because there was a sale.”

I bought new sweaters for the whole crew today; I found a clearance sale on winter clothes. Use colons to introduce a list of nouns or set off a quote or example.

You’ll need these things for the first day of class: a calculator, graph paper, and a set of colored pencils.

Tolstoy said it best: “If you want to be happy, be.”

The salary couldn’t compensate for the negatives of the job: long hours, grumpy co-workers, and a terrible commute.

Dashes are used to emphasize material or to highlight a “bonus phrase” that adds information but isn’t necessary to the meaning of the sentence.

She returned to San Diego—her childhood home—for refuge and peace after the divorce.

Even simple things—ordering lunch, taking a taxi, placing a call—are difficult in Bonn if you don’t speak German.

Strive for active voice in your writing; the subject should perform the action. In passive voice, the subject is acted upon.

Active: The dog chased the intruder away.

Passive: The intruder was chased away by the dog.

Example: The car, a sporty, red convertible, made him feel young and carefree again.

“A sporty, red convertible” is an appositive, describing the car.

An appositive is set off by commas if the sentence would otherwise be clear and complete without it. (The car made him feel young again is complete on its own).

Commas are not used if the appositive is essential information. In other words,the sentence would be unclear without this information.

Commas and Nonessential Clauses or Elements

Information in a clause is either essential to the meaning of the sentence or simply extra information that enhances its meaning. Commas aren’t used for essential elements, but nonessential clauses should be set off by commas.

Essential: The Greek philosopher Plato studied under Socrates and taught Aristotle. In this example, Plato would not be set off by commas because it is necessary to understanding the sentence.

Nonessential: My elderly uncle, who lives alone, walks to the corner store for coffee every morning. This clause needs commas because the sentence is still clear and complete without knowing that the uncle lives alone.

Most writing teachers advise you to completely avoid adverbs and cliches like your life depends on it. (See what we did there? One of each in the previous sentence). The truth is that sometimes adverbs are necessary, but it’s better to consider word choice to convey the scene with more clarity.

Example: She walked carefully past the nursery door to avoid waking the baby.

Better: She tiptoed past the nursery door to avoid waking the baby.

Example: He knocked loudly on the wall and shouted, “Keep it down in there!”

Better: He banged on the wall, “Keep it down in there!”

Author Blog Writing Prompt:
Editing challenges us. After all, we’re attached to our work. Over time, however, we recognize the value in sacrificing individual parts to serve the whole. Look back through your career. What major edit has served you well? What person, place, or thing have you dropped to improve the quality of your life or career? Share your story. Would you recommend this edit to your readers? Why? Why not? What single edit could most improve the lives of your readers? Explain.

Overusing qualifiers and intensifiers makes your writing wordy and unclear. Be cautious about using these words:

In many cases, you can eliminate qualifiers and intensifiers altogether without sacrificing meaning; in fact, your writing will be stronger.

Example: Buffalo is really cold in the winter.

Compared to cold, how cold is really cold? There’s no way to tell. While it’s fine to converse in this manner, it adds negligible value to our writing.

Better: Buffalo is cold in the winter.

In many instances, we use qualifiers and intensifiers to avoid taking a strong stand. When you encounter them in your writing, take the opportunity to add specifics:

Better yet: Author Virginia Woolf considered Tolstoy the greatest novelist of all time.

Example: The Speaker is basically the most powerful figure in the House of Representatives.

Better: The Speaker is the most powerful figure in the House of Representatives.

Example: It is generally a very good idea to take a foreign language in high school.

Better: It’s a good idea to take a foreign language in high school.

Editing can be frustrating, especially when you don’t know where to start.

Create a master checklist of items for editing. When possible, hire someone to proofread. A second set of eyes will make all the difference. Look for patterns. Get to know your weaknesses. You want readers focusing on your content, not your errors.

Tell us about it in the comments.