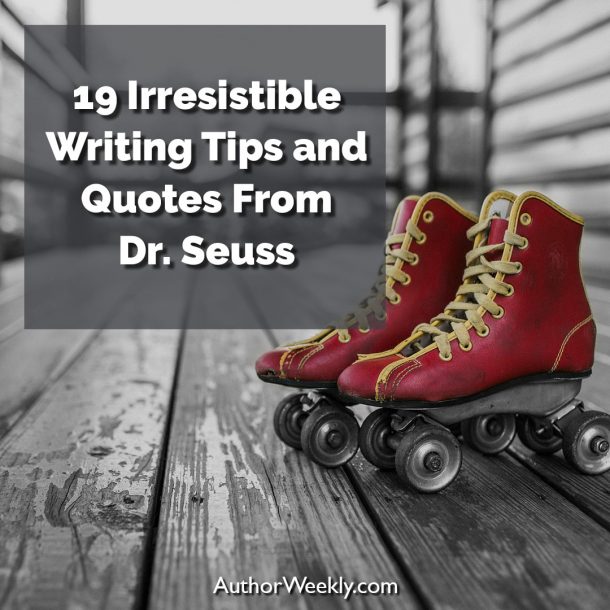 Theodore Seuss Geissel, born in 1904 in Springfield, Massachusetts, is a best-selling children’s author and cartoonist with over 40 hugely successful books to his name.

His first book, And to Think That I Saw It on Mulberry Street, was published in 1937—after being rejected nearly 30 times by various publishing houses. Since that time, Seuss has become one of the most widely known and beloved authors of the 20th century.

Seuss first began writing under the moniker “Seuss” during his college years at Dartmouth, when he published cartoons in the school’s literary magazine.

After graduation, he attended Oxford in England with the goal of becoming a professor. During that time, he met his wife, Helen Palmer; the couple soon returned to the U.S., where Seuss pursued a cartoonist career, publishing works in LIFE, Vanity Fair, and The Saturday Evening Post.

Shortly after, Viking Press offered him a job illustrating a children’s book. This foray into children’s literature introduced him to his passion.

Seuss and his wife moved to La Jolla and bought an old observatory tower, which he used as his writing studio for several years. Here he published several children’s books each year, including Horton Hears a Who! and If I Ran the Zoo.

The Cat in the Hat, the book for which he is perhaps most famous, was written at the request of children’s textbook publishes Random House and Houghton Mifflin. They were looking for a reading primer using 220 vocabulary words to help improve children’s literacy.

The Cat in the Hat was published in 1957 and established Seuss as the preeminent children’s author of the time.

Seuss used the techniques he learned writing Cat to create several more books, including Green Eggs and Ham and How the Grinch Stole Christmas. Several of his books were later turned into television shows.

Seuss died in 1991, at the age of 87. He authored 16 books on the Publisher’s Weekly 100 Top-Selling Children’s Books of All-Time, an unmatched record.

Here are 19 irresistible writing tips and quotes from Dr. Seuss:

“I like nonsense; it wakes up the brain cells. Fantasy is a necessary ingredient in living.” 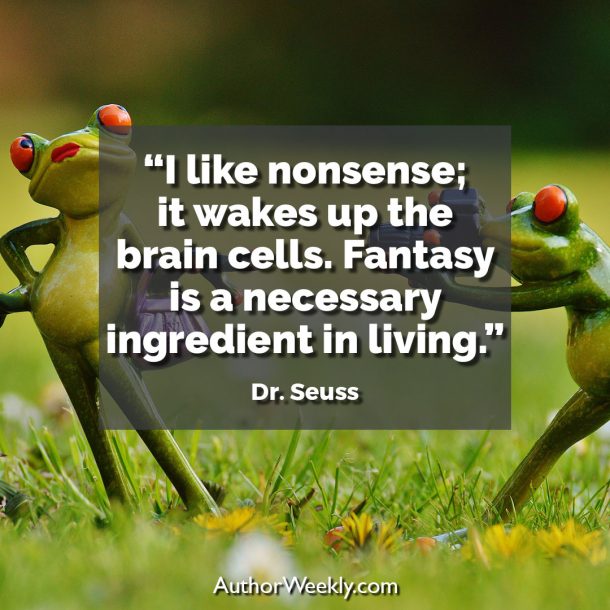 “Sometimes, the questions are complicated, and the answers are simple.” 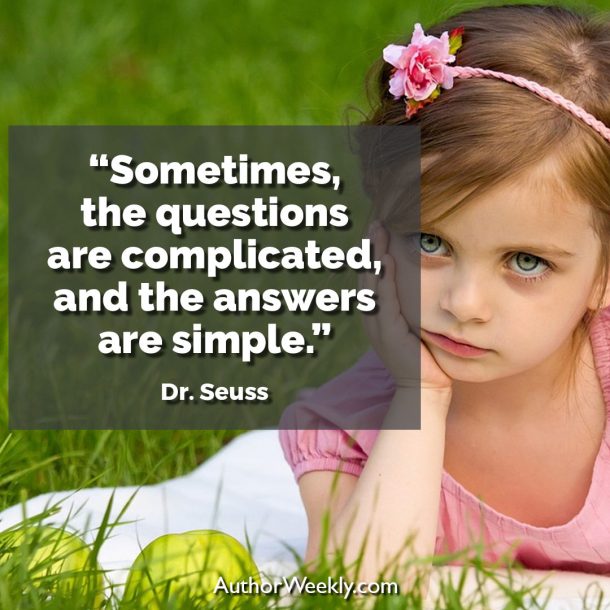 “A person’s a person, no matter how small.” 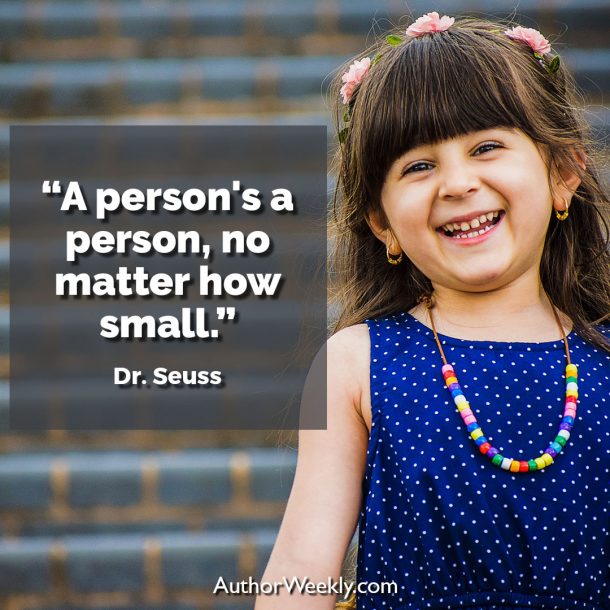 “Why fit in when you were born to stand out?” 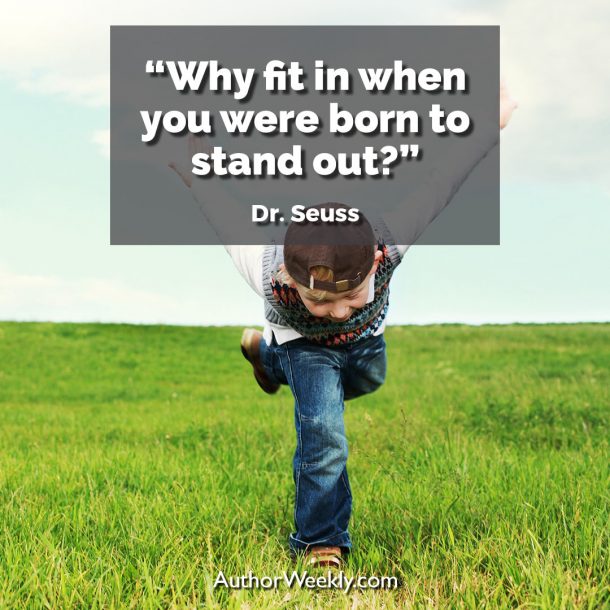 “Think left and think right and think low and think high. Oh, the thinks you can think up if only you try!” 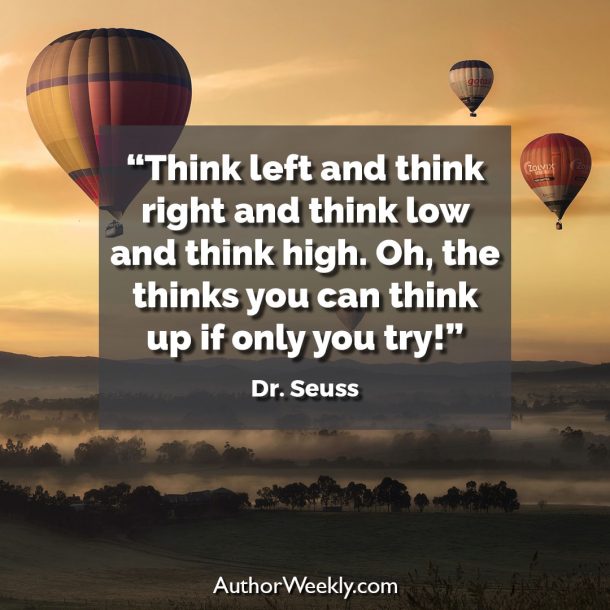 “Adults are just obsolete children, and the hell with them.” 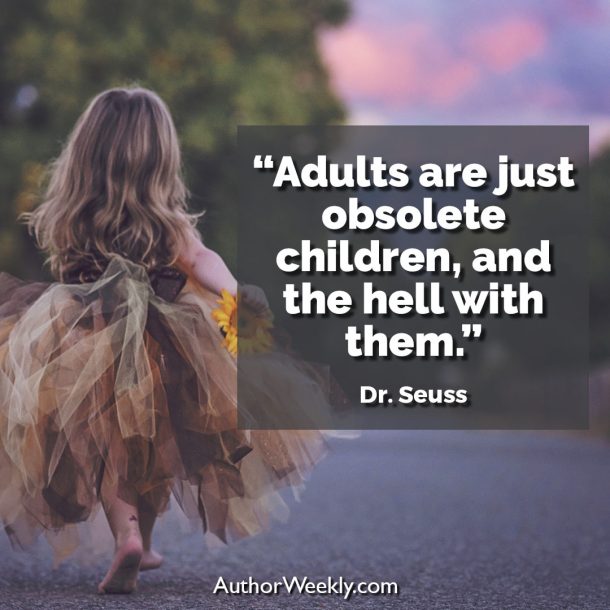 “Only you can control your future.” 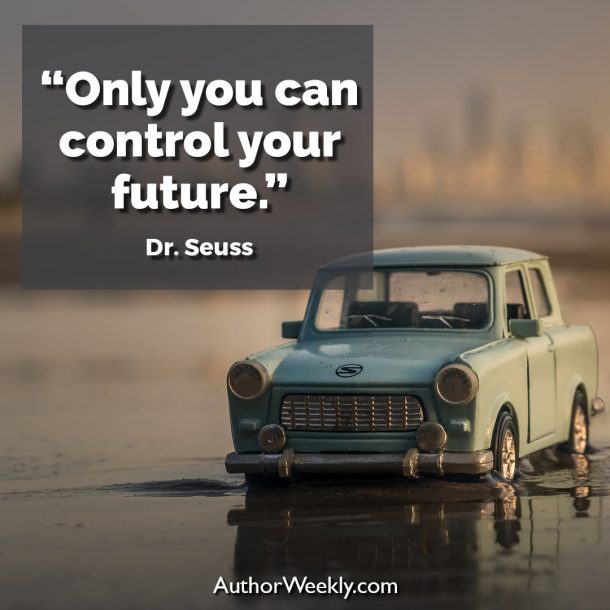 “You can get help from teachers, but you are going to have to learn a lot by yourself, sitting alone in a room.” 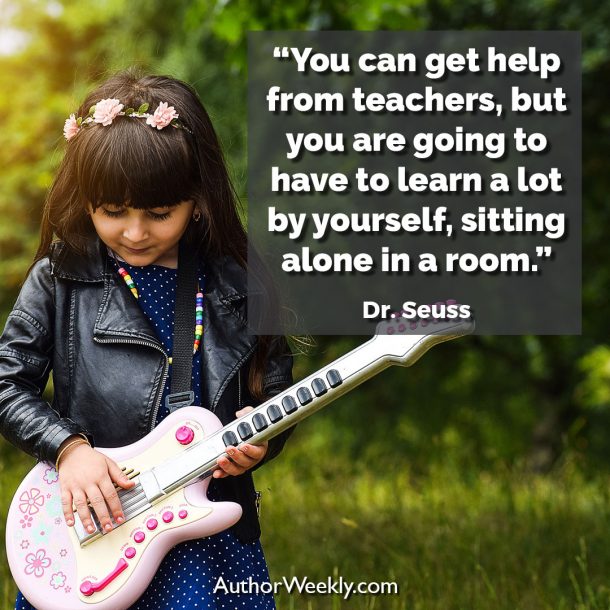 “So, the writer who breeds more words than he needs is making a chore for the reader who reads.” 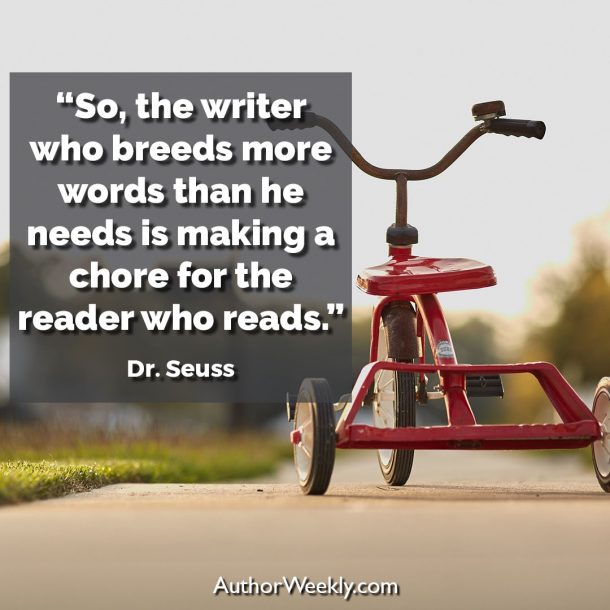 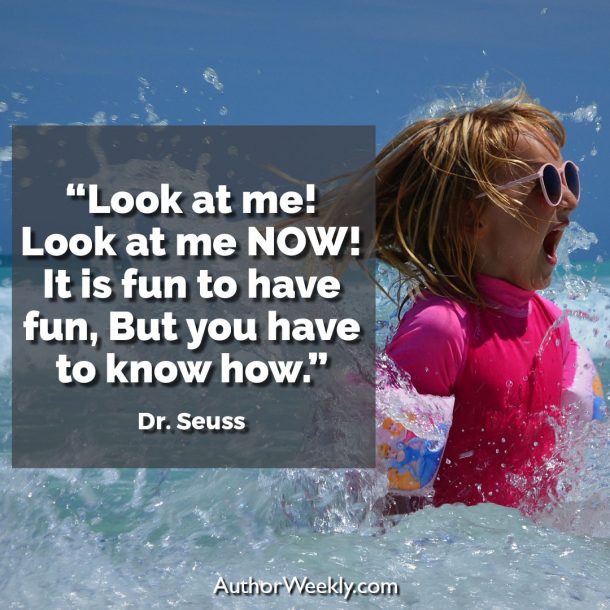 “And will you succeed? Yes indeed, yes indeed! Ninety-eight and three-quarters percent guaranteed!” 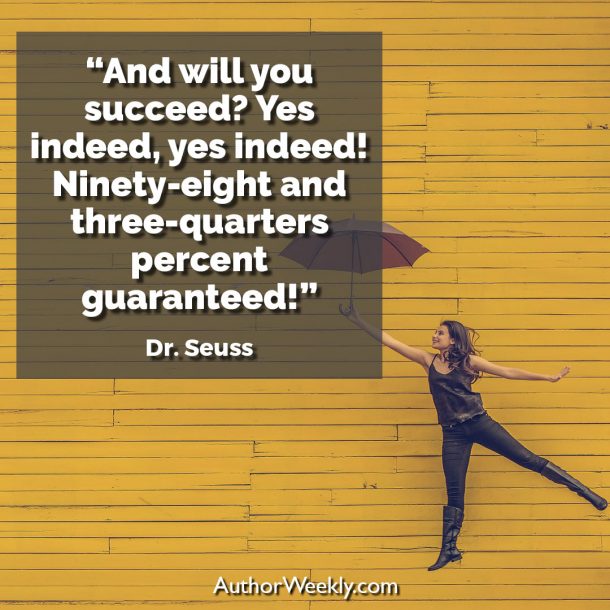 “Words and pictures are yin and yang. Married, they produce a progeny more interesting than either parent.” 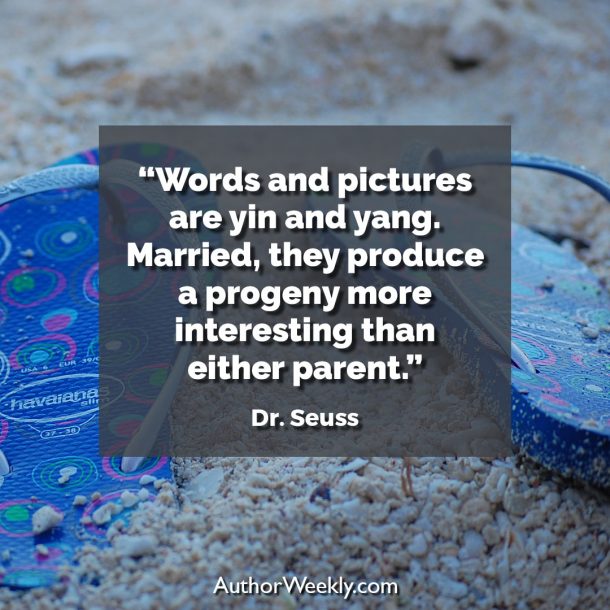 “You can find magic
wherever you look.
Sit back and relax,
All you need is a book” 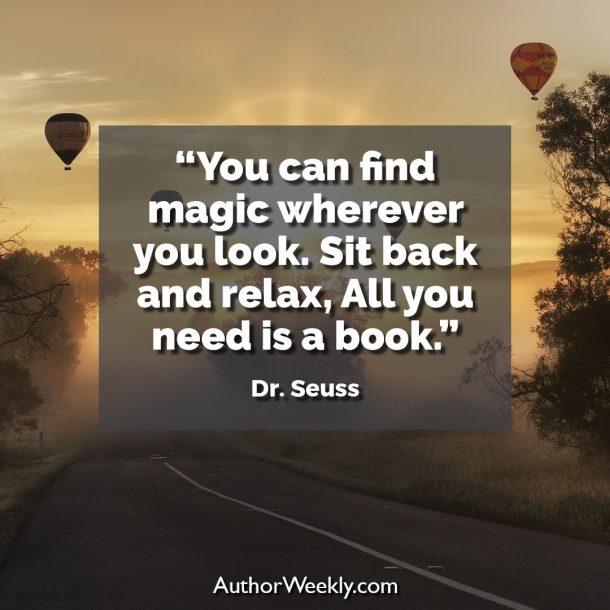 “Writing simply means no dependent clauses, no dangling things, no flashbacks,
and keeping the subject near the predicate. We throw in as many fresh words we can get away with.” 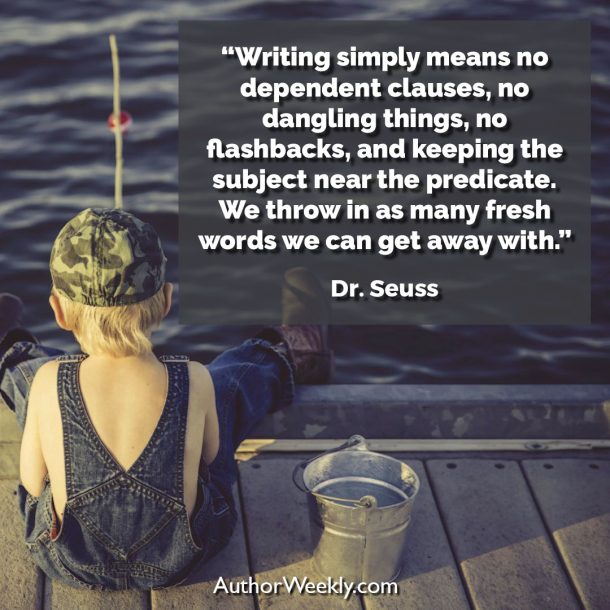 “Simple, short sentences don’t always work. You have to do tricks with pacing,
alternate long sentences with short, to keep it vital and alive.” 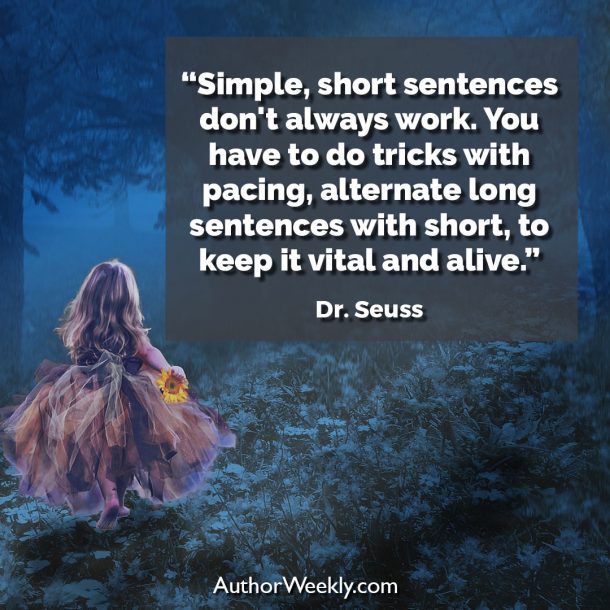 “Virtually every page is a cliffhanger–you’ve got to force them to turn it.” 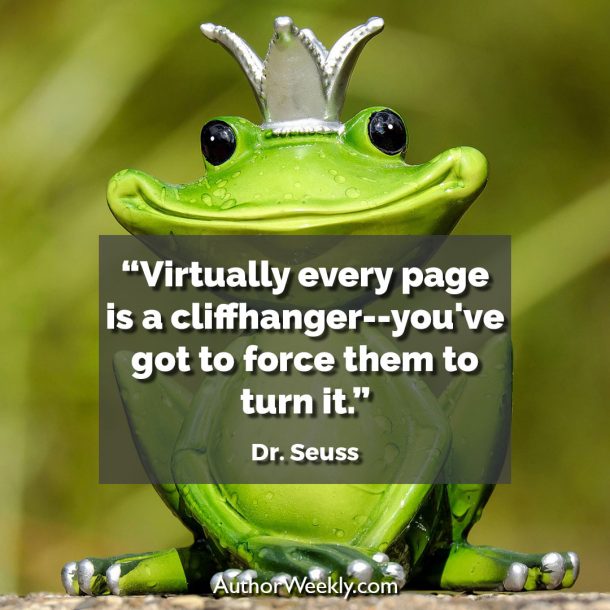 “Everything stinks till it’s finished.” 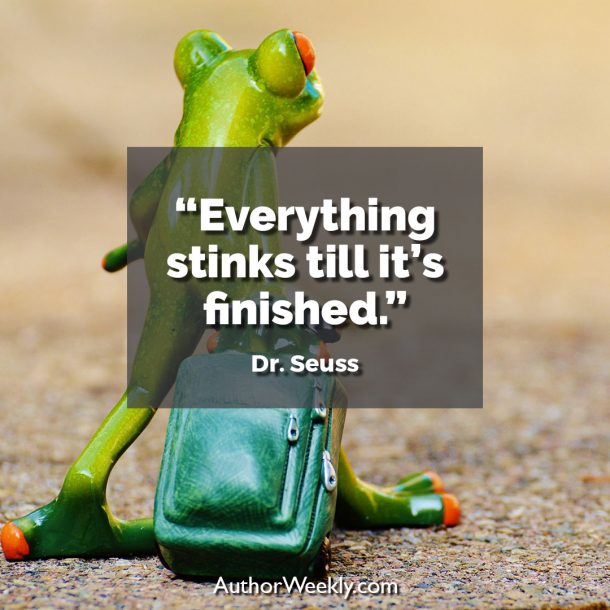 “You have to be odd to be number one.” 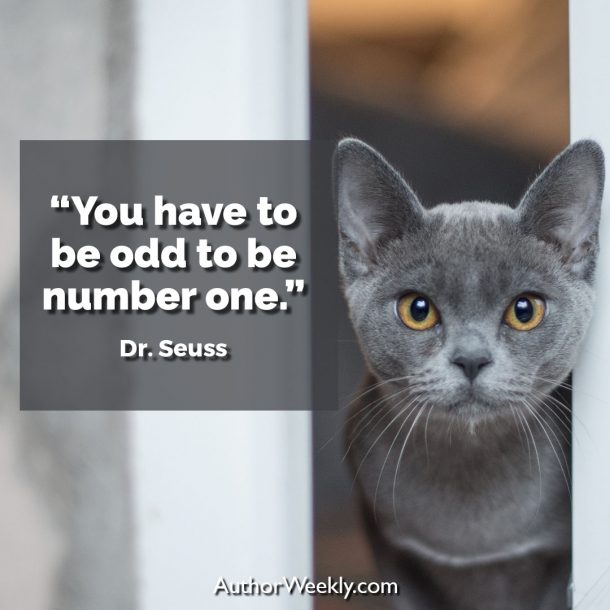 “It doesn’t matter what it is. What matters is what it will become.” 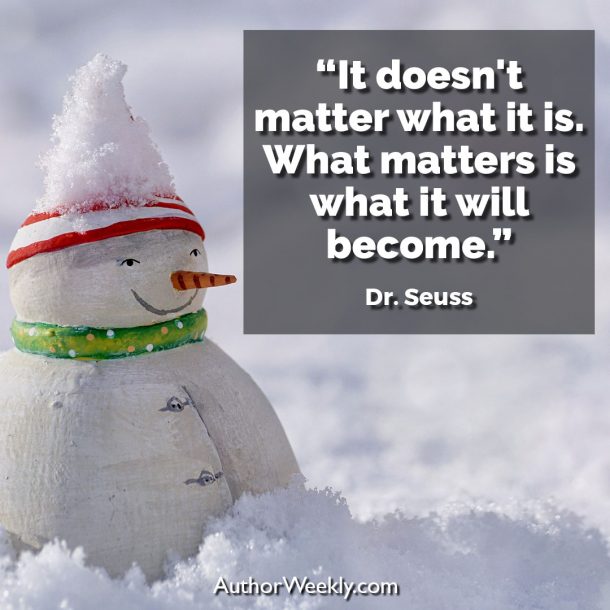 We hope you enjoyed these timeless quotes from Dr Seuss.